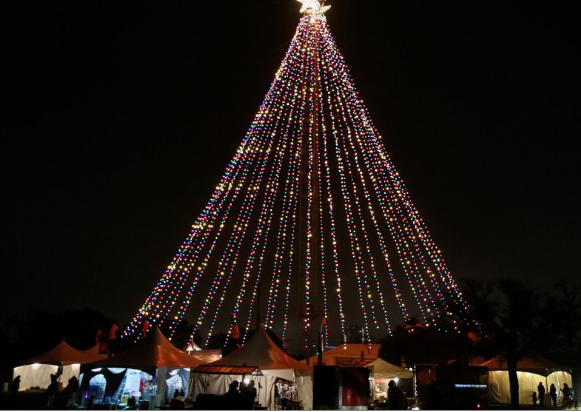 People of all ages gathered Sunday evening for the 52nd annual lighting of the Zilker Holiday Tree.

Austin Energy decks out the 155-foot moonlight tower with 39 streamers, each containing 81 bulbs of varying colors.

Winners of a children’s art contest sponsored by the Austin Parks and Recreation Department lit the tree.

The moonlight tower is one of 17 that remain of the original 31. The Zilker tower was taken down in 2016 to be repaired and refurbished with LED bulbs.

Some fun facts about the tree provided by Austin Energy:

The tree will be on display from 6 p.m. until midnight every night through January 1.