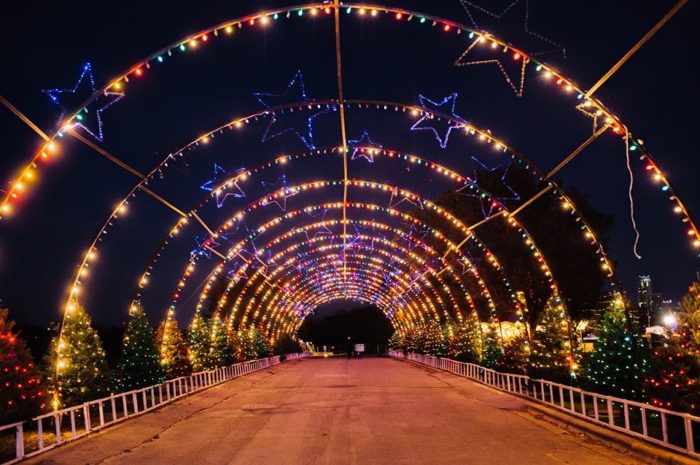 It’s actually chilly in Austin and that can only mean one thing—Christmas is right around the corner! And nothing says Christmas in ATX more than our favorite holiday tradition, the Trail of Lights at Zilker Park. For its 54th year of merriment, the trail will run from December 10 – 23, with the first look for those doing the Trail of Lights Fun Run on December 1. You gotta Instagram yourself under the giant rainbow tunnel of lights or it didn’t happen.

Since it began in 1965, the Austin Trail of Lights has grown into one of the city’s largest events, attracting an average of 400,000 people per year. There are over two million lights, 65 displays, 30 food trucks, three entertainment stages, 50 private holiday parties, and interactive experiences throughout the park. Calendars for ticket availability, special programming, and online ticket purchases are here. We highly recommend the ZIP pass, which lets you cut the line and go through the trail an hour before the masses. Worth every penny!

There are a bunch of special nights to keep in mind. Click here for the complete rundown.